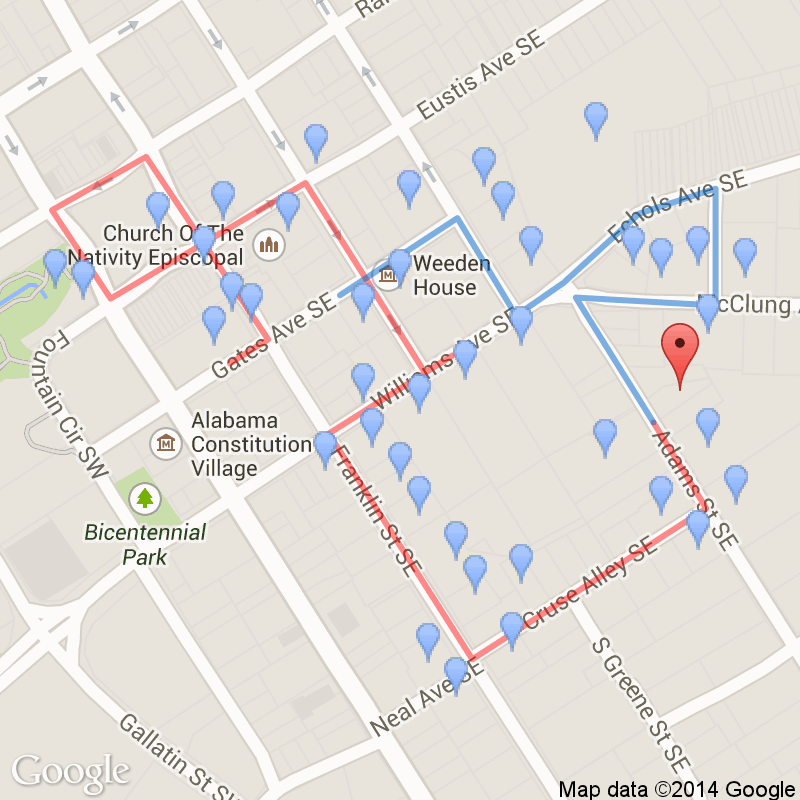 To view the Lane House:

On the right is a seemingly small house with a large history, the Lane House at 511 Adams Street. 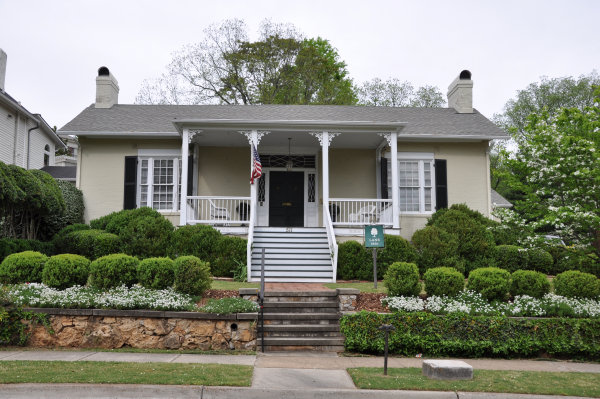 This small, raised brick cottage was built in the early 1830s.

During the removal of the Cherokee Indians from Alabama, they were gathered in small detention camps locally before being herded onto the river boats for the trek to Oklahoma. On one particularly cold and snowy day, the lady of this house came out with servants to share blankets with the forlorn refugees. Less than half of the Indians survived the trip out West.

But the most noted resident of the house was Judge George Washington Lane, a known Union man, a Yankee, who accepted a Federal judgeship from President Lincoln. When the news got out, an angry mob surrounded the house and demanded that he resign. Judge Lane, now also angry and seemingly not the least bit afraid, grabbed his American flag and fixed it onto the porch. He announced the flag would only be taken down over his dead body. The flag stayed there as long as Lane lived in the house.

Ever since then residents have flown the flag from this very porch. 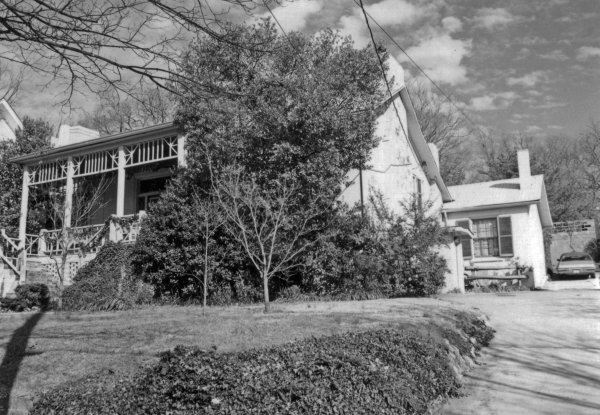 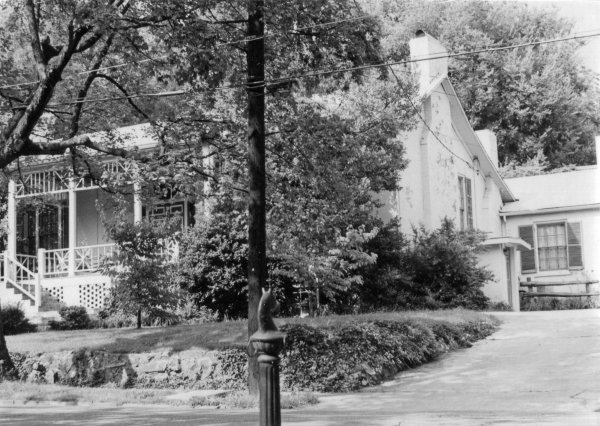 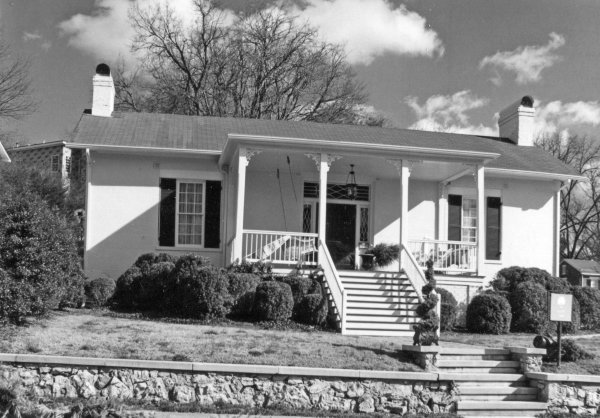 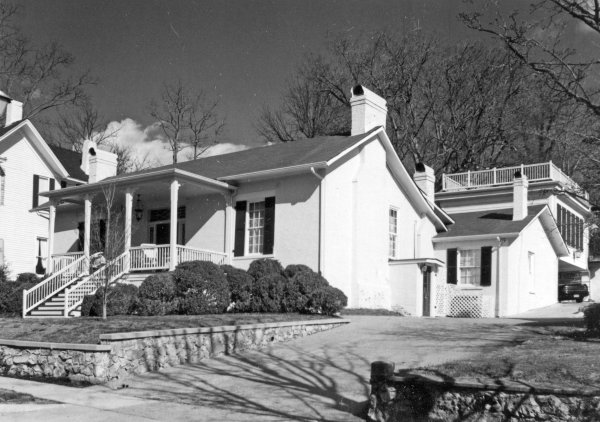